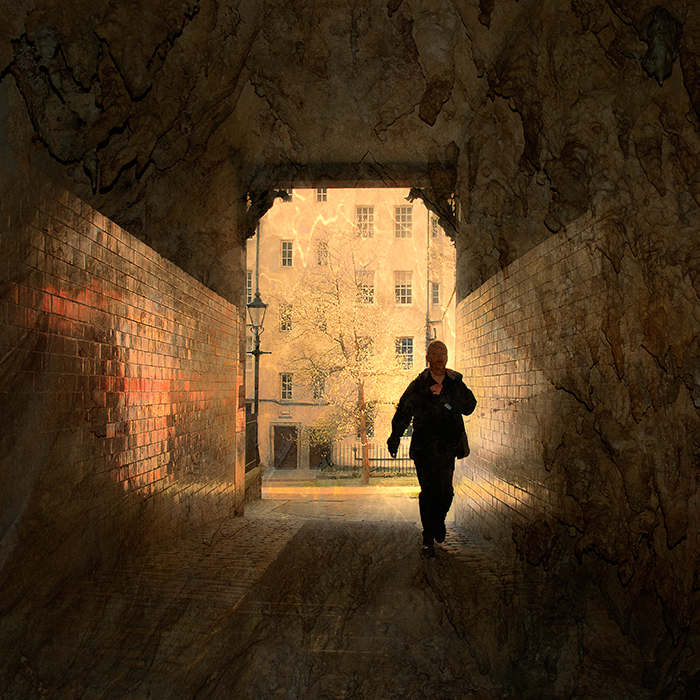 This was taken in Edinburgh. I noticed the interesting passageway with people walking up and down it regularly. I thought I could get an interesting image so I crouched at the end and took a number of shots – no-one seemed to mind and one woman commented that this was the sort of thing her husband did.

I thought that the positioning of the man in this shot was good (see the original image below) so I decided to develop it.

I used transform to straighten up the image and then cropped it to a square format. The Nik Glamour Glow filter was then applied to give it a slightly dreamy quality and a layer mask was use to remove the effect from the man and reduce it in other parts of the image.

Colourise was then applied to give an overall orange feel and Viveza was used to brighten up the area around the man to draw attention to him. The texture was then added and curves used to increase the contrast.

This image has had 13 International acceptances including the London Salon of Photography 2010 and a Diploma at 47e Challenge du Photo-Club Esch Salon Mondial 2011 (Luxembourg). 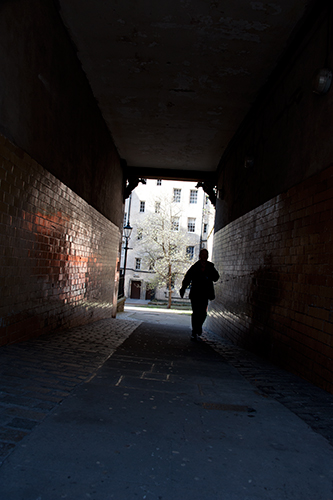