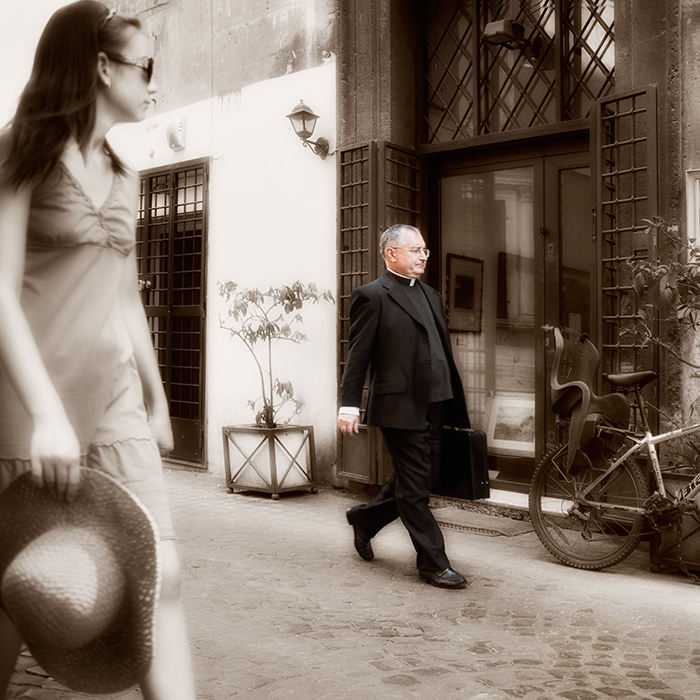 This was taken on our trip to Rome in July 2012. It was in a lovely old narrow street and I thought that it would make a great background for some shots of people going about their business, walking down the street. So, I crouched down at one side of the street and waited. I took a number of shots but this one, with the contrast between the woman and the clergyman, appealed to me (see the original image below).

The main problem was that the woman was in bright pink dress, which was very distracting so I decide to try a ‘monochrome’ image – just bringing out the clergyman by adding a bit of colour.

Firstly, I used Transform to straighten up the verticals. The image was then cropped to a square format. This was followed by Nik Glamour Glow to add an air of unreality. Viveza and White Neutraliser were then use to get the lighting and tones the way I wanted them. The overall slight brown appearance was achieved using the Nik Paper Toner filter, using a layer mask to bring back the colour in the man. There followed a series of Viveza, clone and paint layers to make the detailed adjustments I felt the mage needed. Finally, it was sharpened using High Pass Filter. 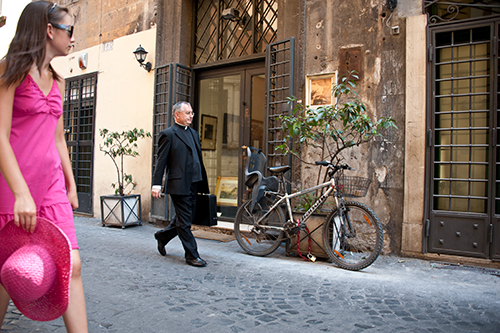