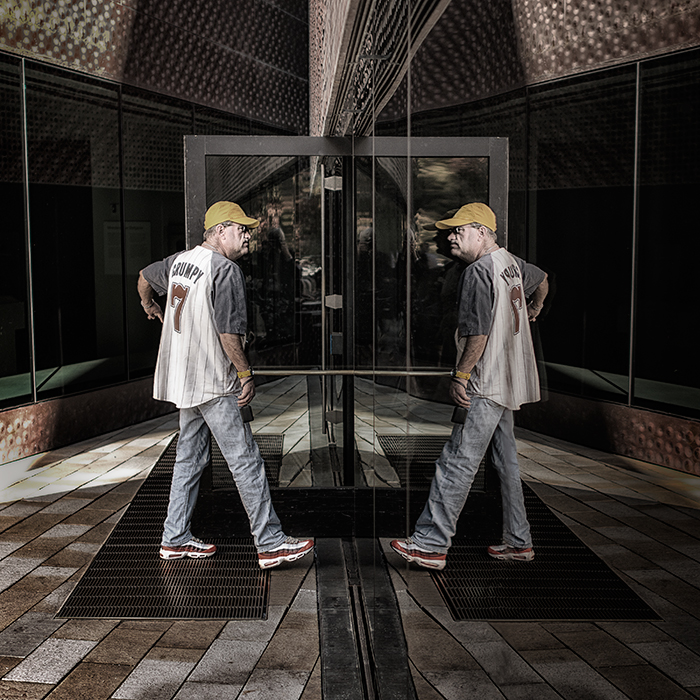 This was taken in San Francisco at the MH de Young Memorial Museum. There is a small outside café between two walls of windows. I noticed that people coming in and out of the building were reflected clearly in the window, giving an interesting effect (see the original image below). I took many shots but I really liked this one as he had ‘Grumpy’ on the back of his shirt and looked the part.

Post capture manipulation, using Photoshop and Nik filters, consisted of Lens Correction and Transform to straighten everything up and cropping to give a square image. This was followed by a series of clone layers to remove minor distractions and some of the reflections which I didn’t want in the image. The Nik Dark Contrasts filter was used to give edginess and to increase the feeling of grumpiness in the man. This was followed by Glamour Glow and Darken / Lighten Centre.  Finally, the image was sharpened using High Pass Filter. 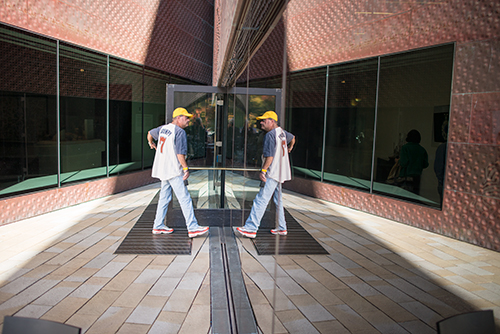