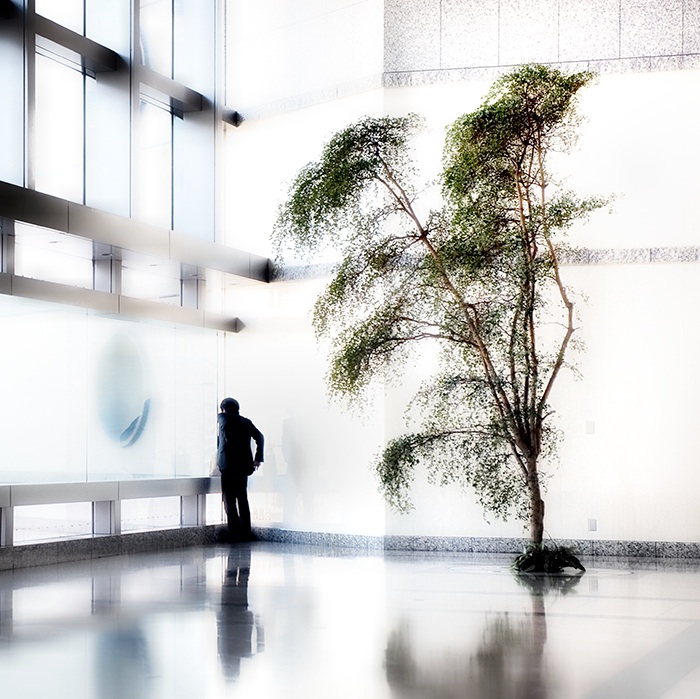 This was taken in Yokohama on my trip to Japan in 2010 (see the original image below), at exactly the same place and one minute before A Woman and a Man.

I wanted to create a dreamy, Japanese feeling in the final image.

The original was first straightened then cropped to a square format. The Nik ‘Pro Contrast’ filter was applied, then ‘Darken/Lighten Center’ was applied with the centre positioned near the top right hand corner to lighten the right hand side of the image. This was done 5 times. A layer mask was used on the last two applications to balance the image the way I wanted it. The image was then sharpened using Photoshop ‘High Pass’ filter. Nik ‘Glamour Glow’ was applied and adjustments were made using ‘Viveza’. Finally ‘Bleach Bypass’ was applied and a layer mask was used to bring back some of the detail.

This image has had 12 International acceptances including a Diploma at 47e Challenge du Photo-Club Esch Salon Mondial 2011 and an acceptance in the Royal Photographic Society International Projected Image Exhibition 2010. 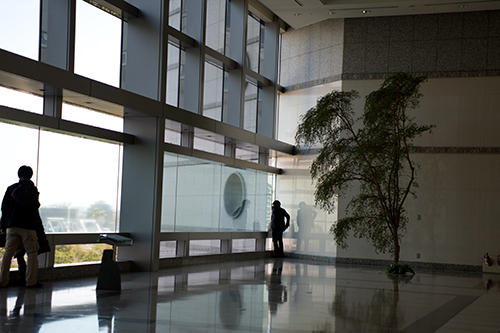