The Man on the Bus 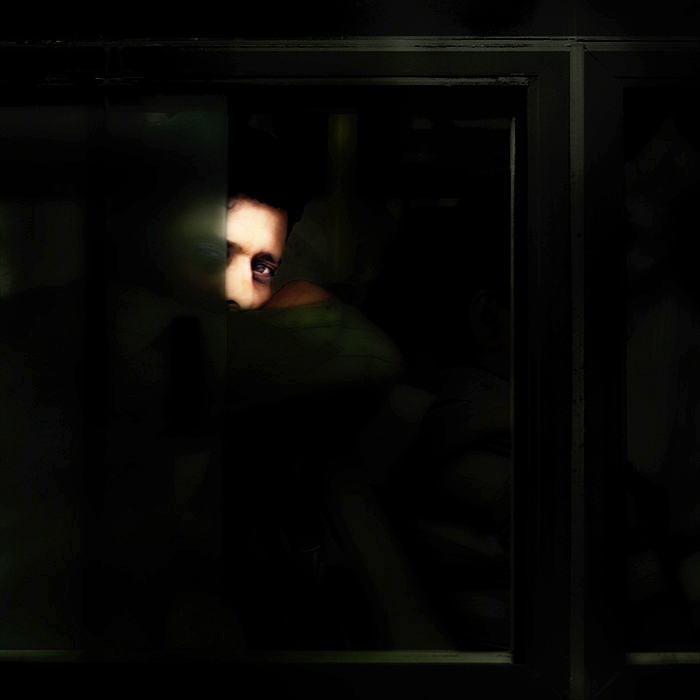 This image was taken from the passenger seat of our car in India. On looking at the image I had taken, I was fascinated by the man’s eye and the way he was looking so I decided to build the final image around that. The original (see below) was very cluttered and had clashing colours.

After cropping the section I wanted to use to a square format, I used Photoshop Transform to straighten everything up. This was followed by Nik Pro-contrast and Viveza filters to adjust the light in the image, and I converted the background to monochrome. I then brought the colour back slightly using a layer mask on the monochrome layer.

The NIK Polaroid Transfer filter was used, followed by reducing the saturation before applying the Midnight filter. A layer mask was used to bring back parts of the image, particularly the man’s face.

The rest of the manipulation consisted of various layers to adjust the lighting to darken down parts of the image which were still distracting attention from the man’s face and eye. Finally ‘high-pass’ filter was use to sharpen just the man’s eye. 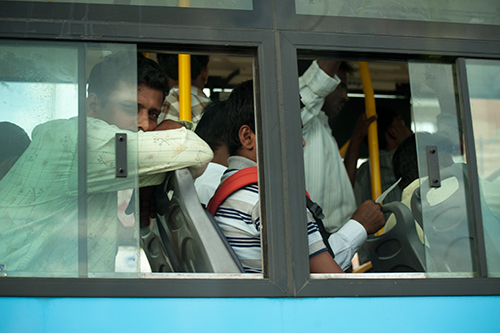