The Man in the Hat 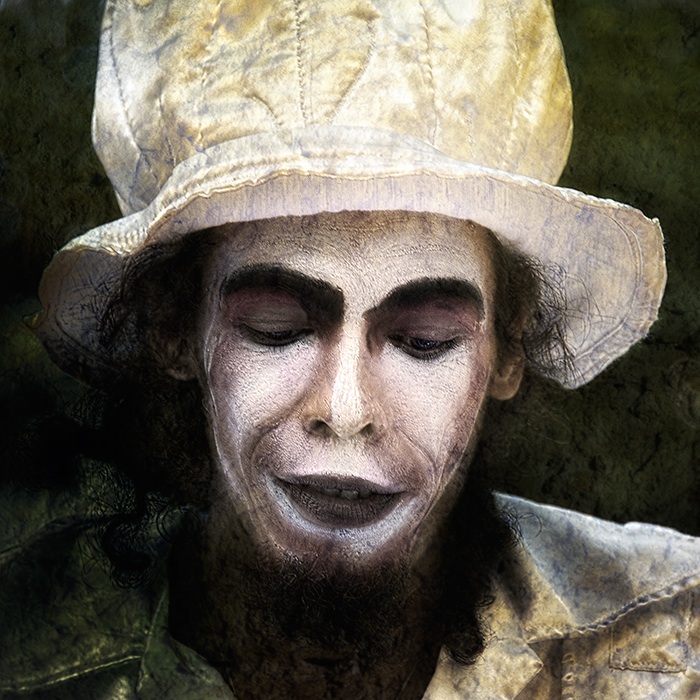 This image was taken in Havana. The man is part of a group of street artists who were dancing on stilts (see the original image below).

Its post-capture development in Photoshop was experimental, with my choosing filters to see how they looked and modifying the image as I went along until it looked the way I wanted it to.

In essence, the development was firstly to crop to the square format I now use a lot. Then application of the Topaz Detail Lithography filter was followed by a texture layer of an old wall I had taken. A layer mask was used to remove the texture from the man’s face.

Then followed a series of curves, Nik Viveza, clone and selective colour layers – all with partial removal of the effect with layer masks. Nik Pro-contrast and Glamour Glow filters  were then used and the man’s eyes were sharpened using High pass filter and a layer mask.

Because of the experimental nature of its development, the image has 20 layers – probably far more that there need be, and would be if I used the technique again, using the experience I gained in the development of this one.

This image has had 13 International acceptances including a Ribbon in the Royal Photographic Society International Projected Image Exhibition 2011. 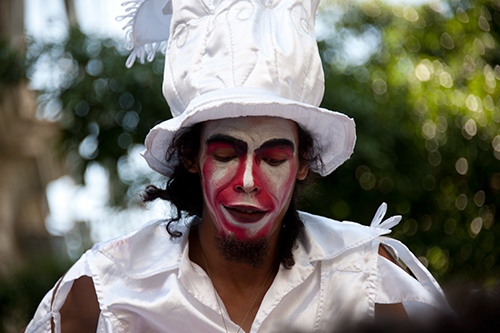