The Door to Beyond 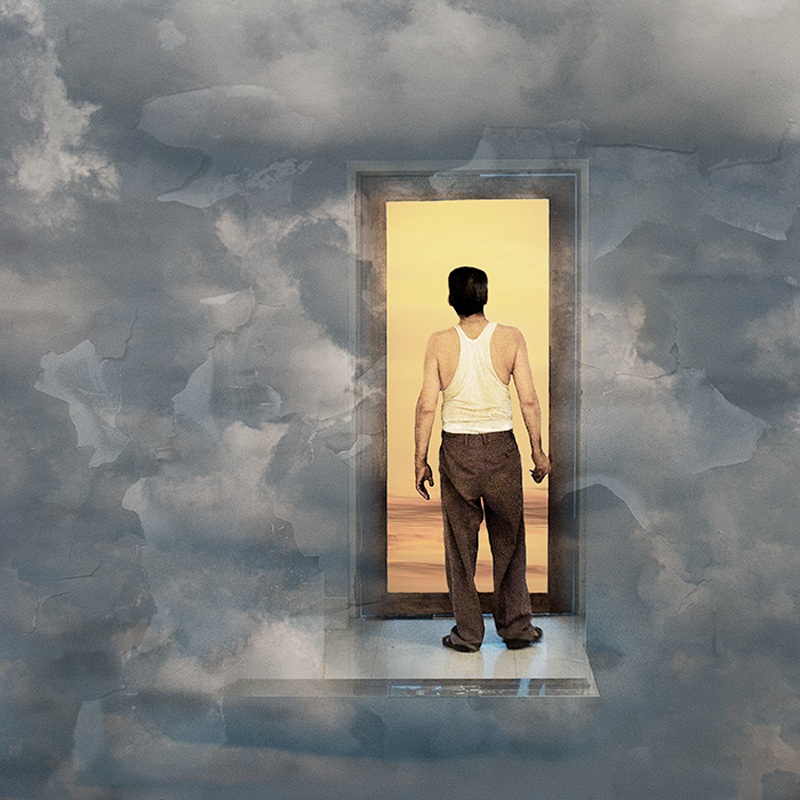 This shot was taken in an Art Gallery in India in 2009. The Man was about to clean the glass in the door. (See the original image below). I took several of him and worked on them unsuccessfully a while back. Recently, I remembered the blue showing through glass and thought it looked like the sky. I went back to the image and found it wasn’t all as blue as I remembered it but I decided to work on it to portray him standing at a doorway where the outside was very different to the inside – beckoning him through to a brighter world.

After cropping the image to a square format, I straightened it up, used the Nik Cross processing filter and Viveza to adjust the lighting and cloned out some of the detail in the original. I then added two layers over the top, a sky layer and a peeling wall layer. The opacity of these was adjusted to give the effect I wanted. I then selected the man and the doorway together with some of the floor he was standing on from a previous layer and placed it on top of the texture layers . A layer mask was used to allow some of the texture layers to overlap the doorway.

I decided to replace the blue showing through the glass in the door with a bright orange sunset from another shot I took in India and I use a layer mask on that so that the orange sky showed only where the glass in the door was. Curves, brightness/ contrast, hue / saturation and selective colour layers were then used to adjust the image to look the way I wanted it to. Finally, it was sharpened using high pass filter. 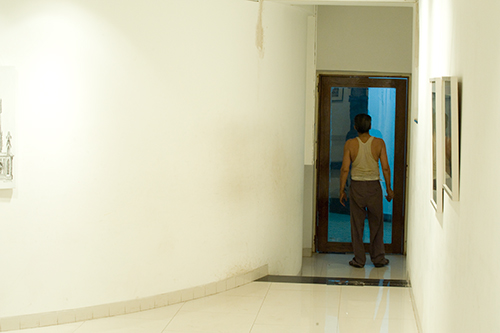