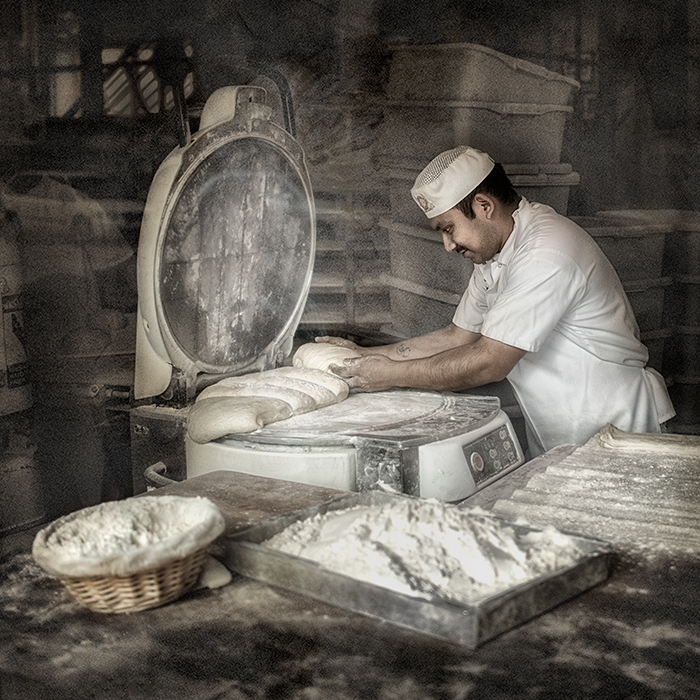 ‘The Baker’ was taken in San Francisco, looking through the window of the Boundin Bakery on Fisherman’s Wharf (see the original image). I took several shots of him working and thought that this one had the best overall composition for the square format I wanted to use.

Post capture treatment used Nik Darken / Lighten centre, Glamour Glow and Photoshop Hue and Saturation to start to get the feeling I wanted. Nik Paper Toner, Detail Extractor and Viveza were then used followed by a texture layer of part of a rendered wall I took at a flower show. Various clone and Viveza layers were then used to remove minor distractions and to adjust the lighting until it all looked the way I wanted it to. In many cases, layer masks were used so that the effect only showed on part of the image. Finally, it was sharpened using high pass filter. 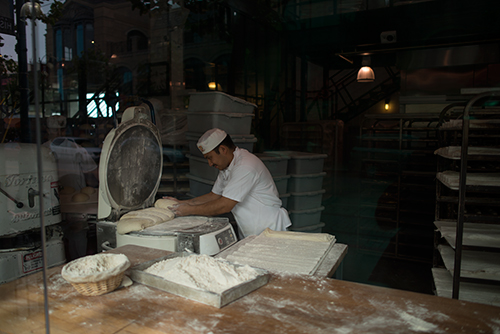