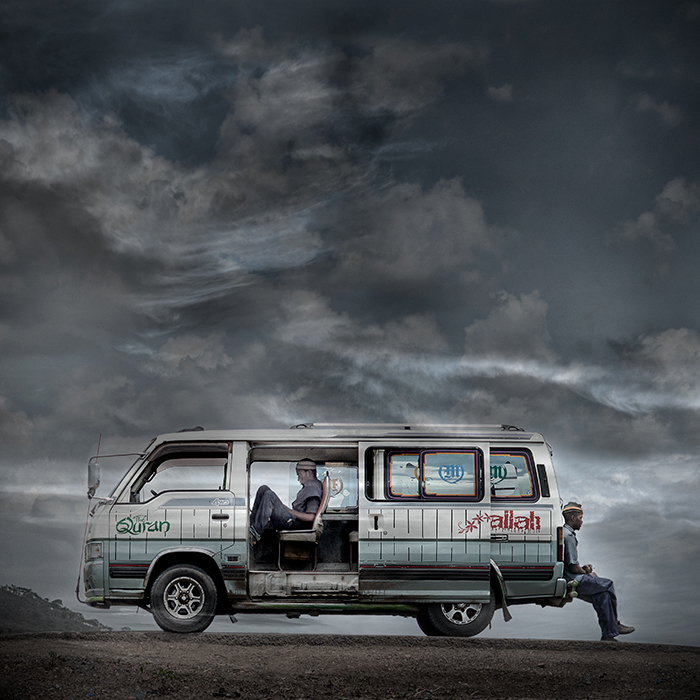 This was taken on our trip to Tanzania in March 2014. We stopped at a Maasai market and I spotted these two guides waiting for the tourists to return. I liked the low angle created because they were at the top of a bank, and the way they were waiting at opposite ends of the van and looking in different directions (see the original image below).

I decided that I wanted to create an image where the main subject was low in the frame so I cropped it to achieve this, using a square format.

Further processing consisted of lens correction, transform to straighten it all up and clone to rebuild the sky at the top of the frame, which had been left blank by the cropping process. A brightness / contrast layer was used to increase the brightness of the figures, with a layer mask so that it only affected the areas I wanted it to. The Nik Detail Extractor filter was used to increase the detail on the van and the figures and a further sky layer, using a sky shot taken in India, was added to increase the drama in the sky. A series of Viveza, Darken / Lighten Centre, clone and levels layers were used to adjust the colours and lighting to the way I wanted them, and to remove minor distractions. Finally, a high pass filter with a layer mask was used to sharpen the van and the men. 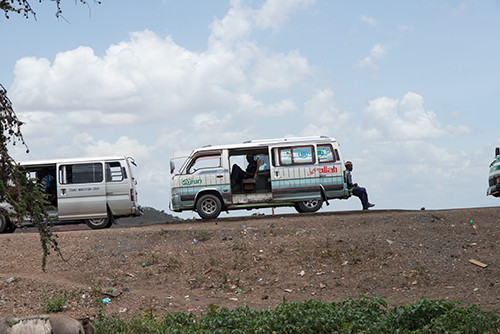