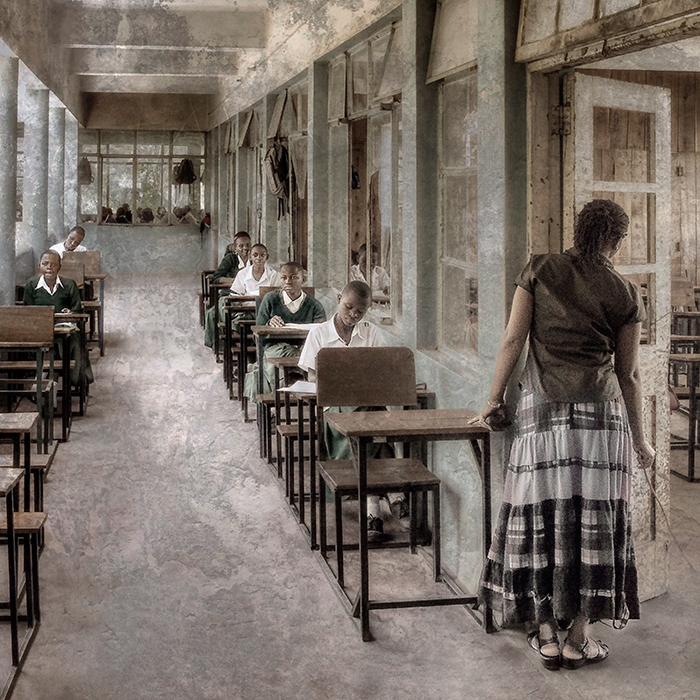 This was taken on our visit to Tanzania in March 2014 at the secondary school my wife attended. We were given a tour of the school and were allowed to take photographs.

As we were walking down one of the main corridors, I was struck by this scene of the students doing their examinations both in the class room and the corridor and of the teacher keeping an eye on them all.

Post capture manipulation, using Photoshop and Nik filters, consisted of cropping the image to a square format, followed by Transform to straighten it all up, Hue / Saturation and White Neutraliser to reduce the impact of the colours in the original image (see below), Glamour Glow to give it a slightly ethereal look, Darken/Lighten Centre and Viveza to adjust the lighting, and the Clone tool to remove minor distractions.

An image of a wall in an old fort in Bagamoyo on the east coast of Tanzania was used as a texture and a series of Darken / Lighten Centre, Viveza, Clone and Brightness / Contrast and Levels layers, many using a layer mask to produce the effect only on the parts of the image, were used to make further adjustments until the image looked the way I wanted it to. Finally, it was sharpened using a High Pass filter. 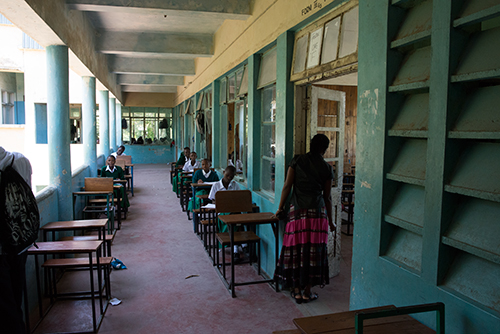