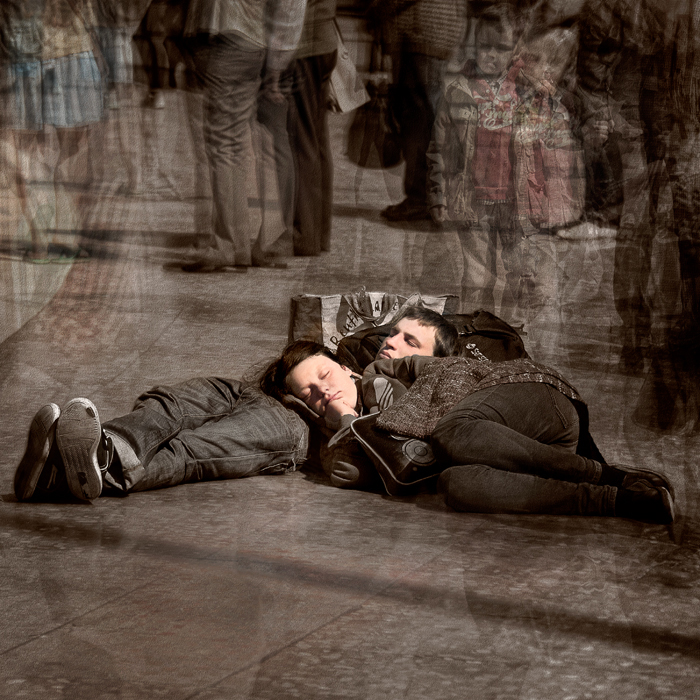 This was taken in Barcelona. The sleeping couple were lying in the middle of a plaza and the crowd were milling around them – just ignoring them. I wanted to create an image which depicted the movements of the people around the sleeping couple.

The image consists of 8 shots taken a few seconds apart. Each was put in a separate layer and the opacity of each higher layer was reduced so that all the lower layers showed though. In each case, a layer mask was used to bring through the sleeping couple from the first layer (see the original image below).

The Nik Paper Toner (Sepia) filter was then applied followed by a series of Viveza filters to change the lighting to the way I wanted it and to bring out the areas of the image I felt were important. A Darken/ Lighten Centre layer, clone layers to remove minor distractions, levels and curves and Hue/Saturation layers were also used. Finally, the image was sharpened using the high-pass filter. 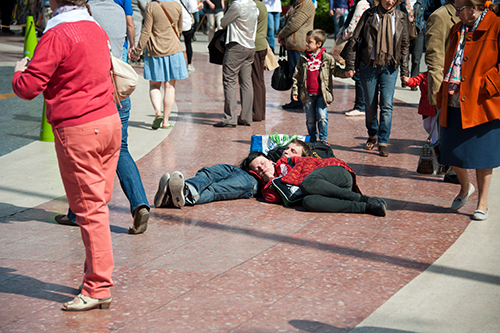 « The EncounterThe Man on the Bus »