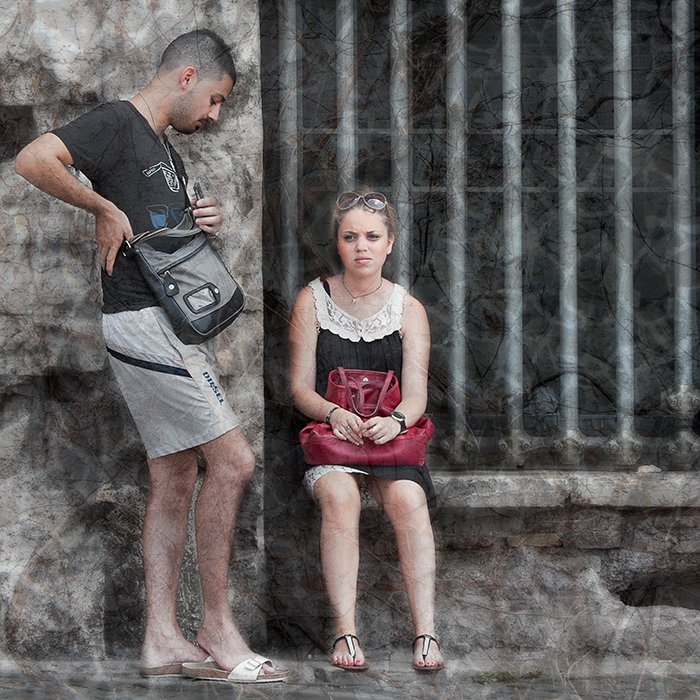 This shot was taken outside the Colosseum in Rome, in the summer of 2012. The couple were resting but didn’t seem to be communicating and I wanted to capture that feeling in my image.

The image went through several versions as I developed it but, although it was a long process as I struggled to get the look I wanted, the basic method was to crop the original to a square format and to add two textures to the image: an image of a shattered toughened glass window and one of a leafless vine climbing up a wall in Paris. The filters used were Nik Midnight, Glamour Glow, White Neutraliser, Viveza and Darken/ Lighten Centre. Photoshop filters were Clone, Paint and Curves.  The final sharpening was made using the Photoshop High Pass filter

Although it may seem complicated, this was more to do with the tortuous route I took in getting from the start to the finished image. If I did it again, I suspect that the process would be much simpler. I learned a lot on the way, though, which is always a great bonus.

This image was accepted for the Royal Photographic Society International Images for Screen Exhibition 2013. 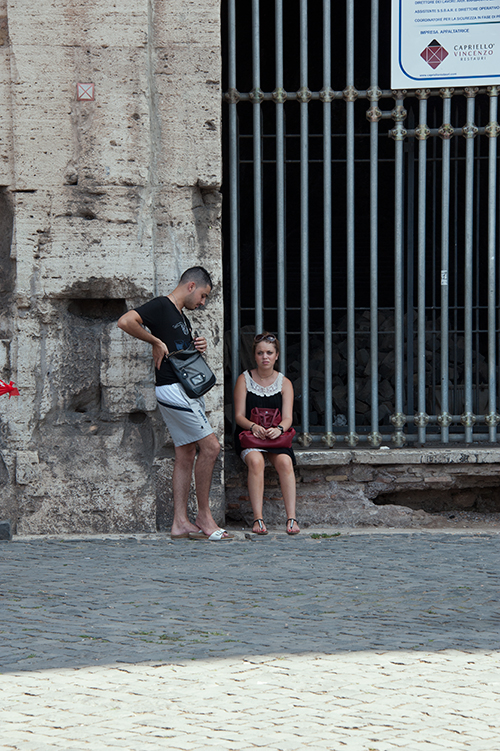 « The Man on the BusA Pause for Review »