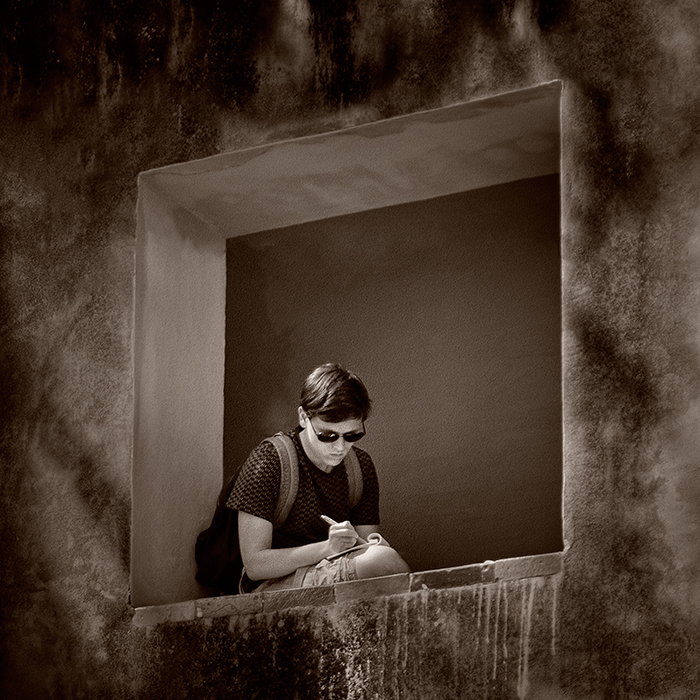 This image was taken on our trip to Seville in April 2016. There were a number of people sitting in the open upstairs windows of a tall building, either talking to each other or, in this case writing. I liked the boy’s concentration and the fact that he was using pen and paper rather than a mobile phone.

As you will see from the original (below), the window is much higher than in the final image and, after using the Transform tool to straighten it up, the major part of post-production was to lower the top of the window to make it square. This, I felt, made for a much more pleasing image. The transformation was done by selection an area at the top of the window, copying it into a new later and using the Photoshop Move tool to drag it down to where I wanted it. The clone and Healing Brush tools were used to tie it all up and to disguise the join. Further work consisted of Viveza, Darken /Lighten Centre and Levels to adjust the lighting and Paper Toner to convert the image to monochrome. Finally, the boy was sharpened selectively using the High Pass Filter. 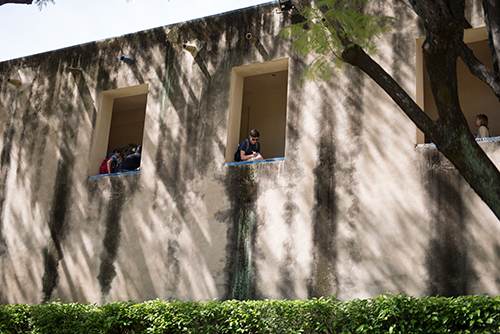