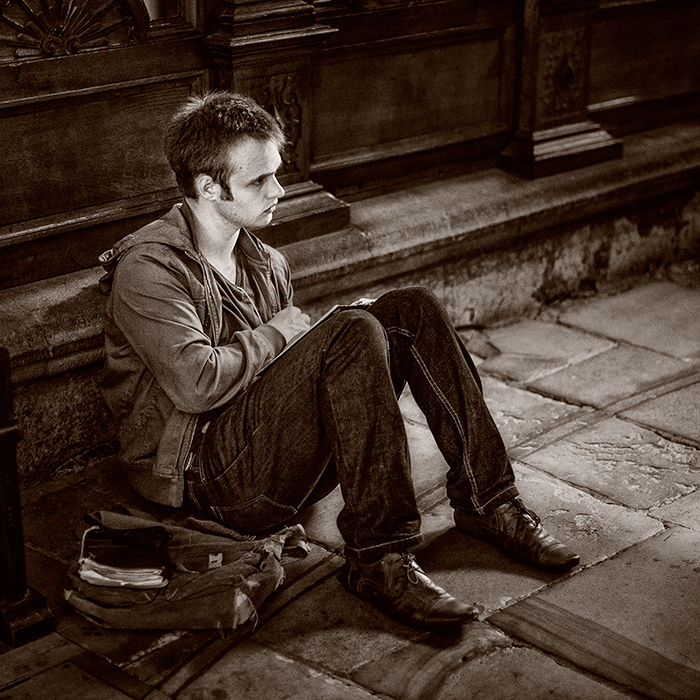 This shot was taken on a visit to Durham. The boy was siting motionless for some time staring into the distance and ignoring all those around him. He may well have been concentrating on something he was drawing but I thought that his expression was one of being lost in his own world (see the original image below).

Post capture manipulation consisted of cropping to a square format followed by the Nik Darken / Lighten Centre filter to change the lighting and the Glamour Glow filter on the boy himself to make him look more ethereal. Bleach Bypass was then used to give the whole image an edgy feel. A series of Viveza, curves, levels, and hue was saturation filters were then used to get the image looking the way I wanted it. The Clone tool was used to remove minor distractions.

Originally, this image was a desaturated colour one but I decided that I wanted it to be monochrome so I used the Nik Paper Toner filter to produce the final image I wanted. It was sharpened using the High Pass filter. 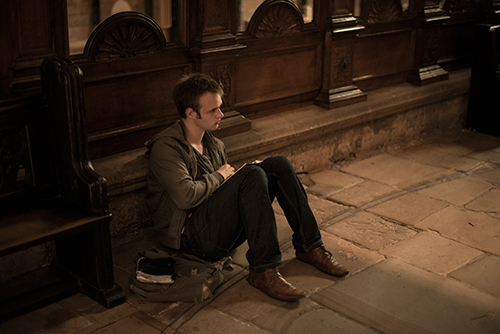