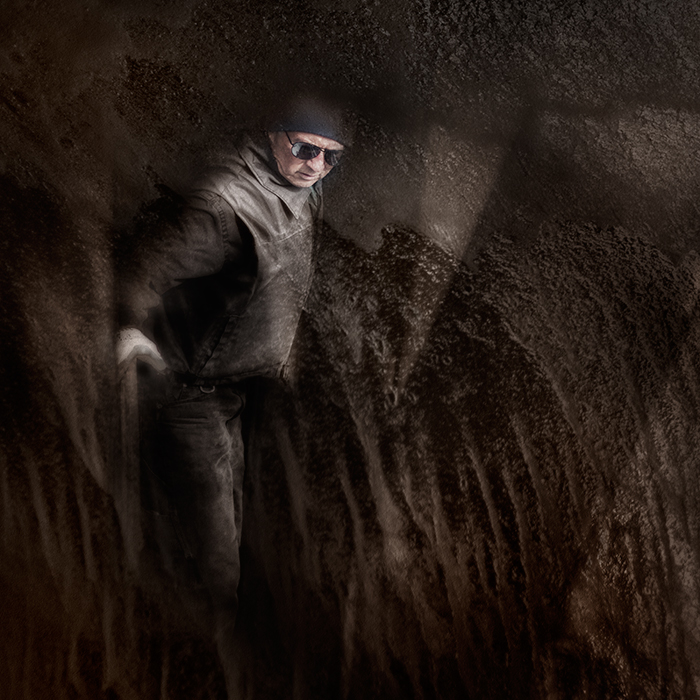 This was taken on a San Francisco Bay ferry just as we were arriving at the terminal. The man was one of the crew getting ready for the boat to be tied up to quay (See original image below). I thought it would make a good image and took several shots. I thought this one had the best composition.

Post Capture manipulation consisted of cropping to a square format followed by the NIK Midnight filter to give it a dark feel, with the effect being removed from the man using a layer mask. Darken / Lighten Centre was used to change the lighting and the Glamour Glow filter gave the image a slightly dreamy feel. The texture is a shot of water running down the outside of a glass dome and was taken at the San Francisco Aquarium. The NIK Paper Toner filter was used to change the image to monochrome, as before, the effect was removed from the man using a layer mask. A series of Viveza, Brightness/Contrast and Hue/Saturation filters were used to adjust the lighting to the way I wanted it and, finally, it was sharpened using the High Pass Filter.