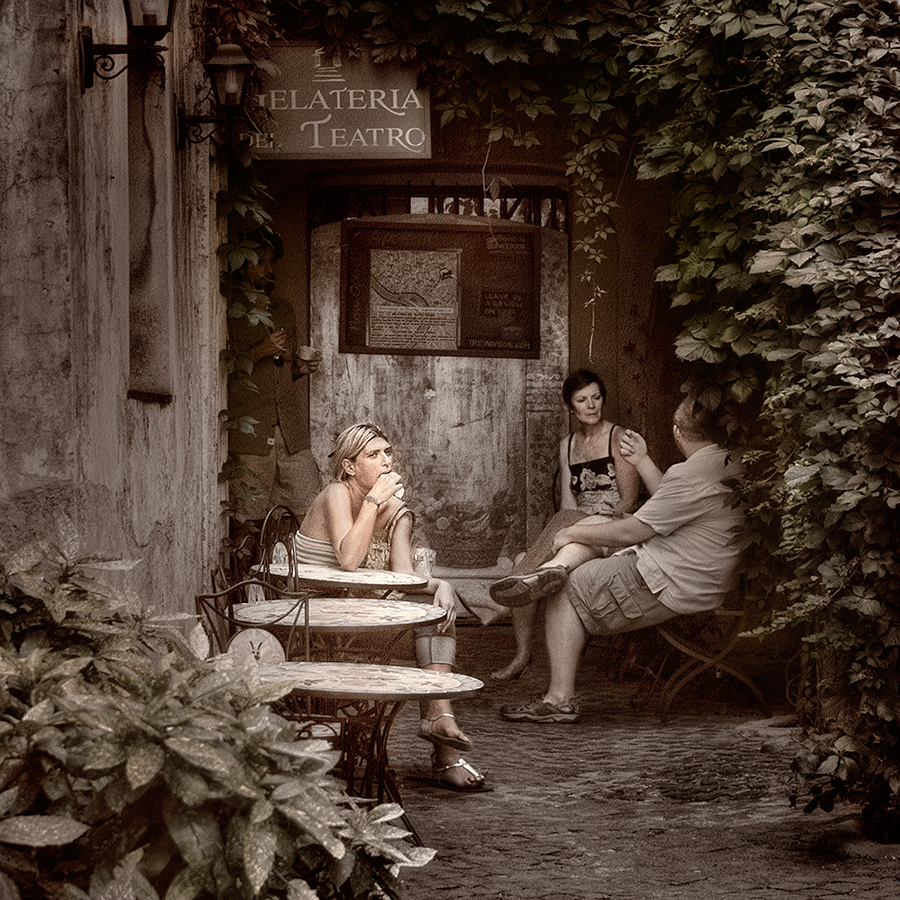 This was taken in Rome on our holiday there in July 2012. I noticed the group of people in a small Gelateria just off the main road and I thought it would make a good image.

You will see, from the original image (below), that the arm, foot and part of the head of a third person who, apart from that, is hidden from view, is apparent on the right hand side of the image. I used the clone tool to remove these.

Other post capture manipulation consisted of cropping to a square format, followed by Glamour Glow to give the image a slightly dreamy effect, Viveza and Darken / Lighten Centre to adjust the lighting, Vibrance to adjust the saturation, and further Clone layers to remove minor distractions. I also used the Nik Paper Toner filter to convert the image to monochrome and I reduced the opacity of the layer to bring back some of the colour. Finally, the woman at the table was sharpened using the High Pass filter and a layer mask was used to remove the sharpening from the rest of the image. 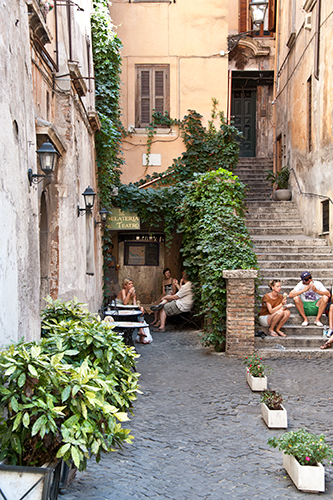