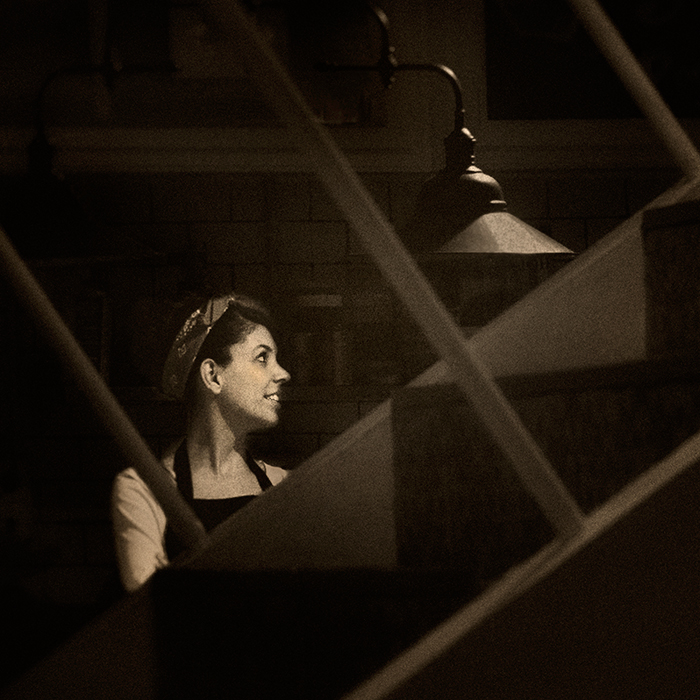 This image is from my trip to Barcelona in November 2015. It was taken in a small restaurant and I was drawn to the interaction between two members of the staff, one shown here and another out of frame in this image. I took several shots and chose this one as having the most interesting expression on the woman’s face. (See the original image below).