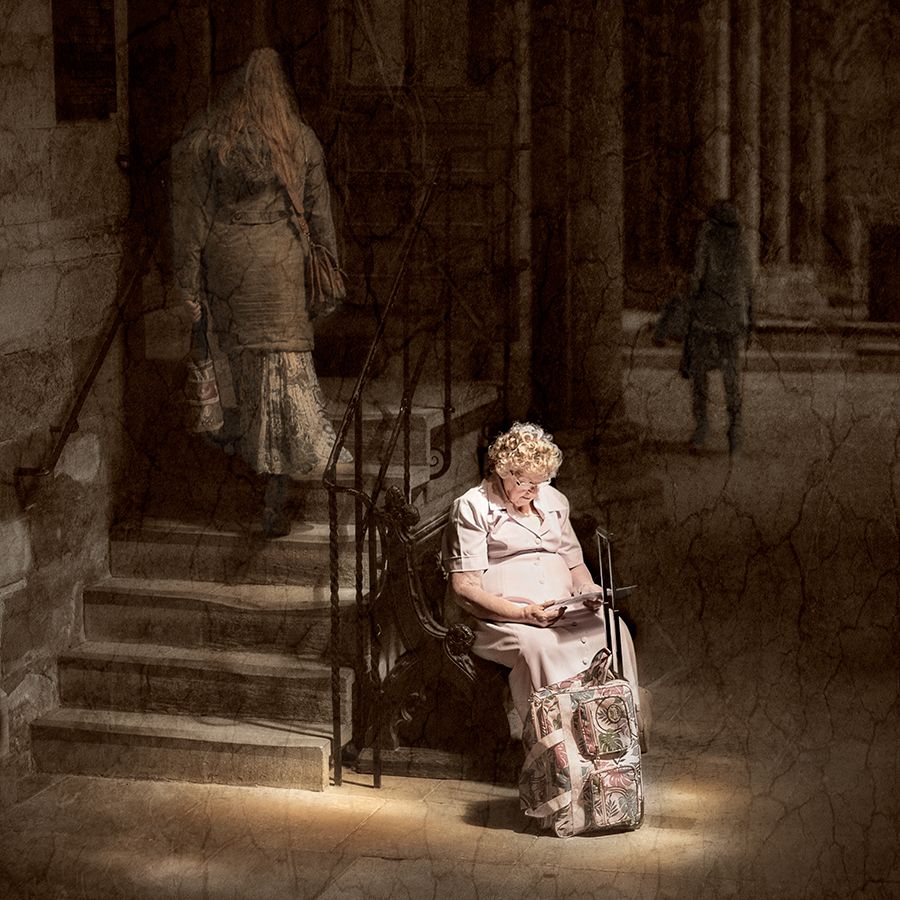 This was taken in 2013 on one of our trips to Northumberland. I was struck by the fact that the woman was sitting reading her book with the beam of light from the window falling directly onto her (see the original image below). I took as several shots and I liked this one because of the triangle formed by the three people which, I thought, made the best composition.

Post capture manipulation consisted, firstly, of cropping the image to a square format. There was still an extra person on the extreme right hand side of the frame. I added a layer of another shot I had taken which did not have anyone in that area and I used a layer mask to remove him.

Further treatment used Glamour Glow to give the image a slightly dreamy feel, Viveza to adjust the lighting, Vibrance to adjust the Vibrance and Saturation and Clone layers to remove minor distractions. I also used use a Paper Toner layer with a layer mask to get the colour the way I wanted it. The textures are images I had taken of cracked soil and of a wall in Rome. A layer mask was used to remove the texture from the three people in the image. Finally, it was sharpened using the High Pass Filter. 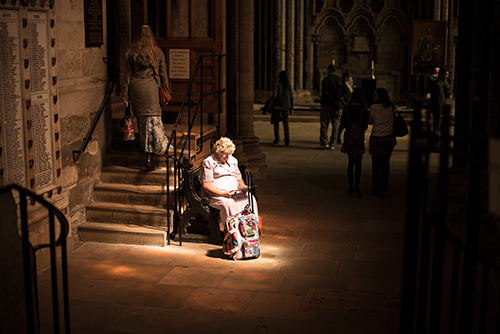