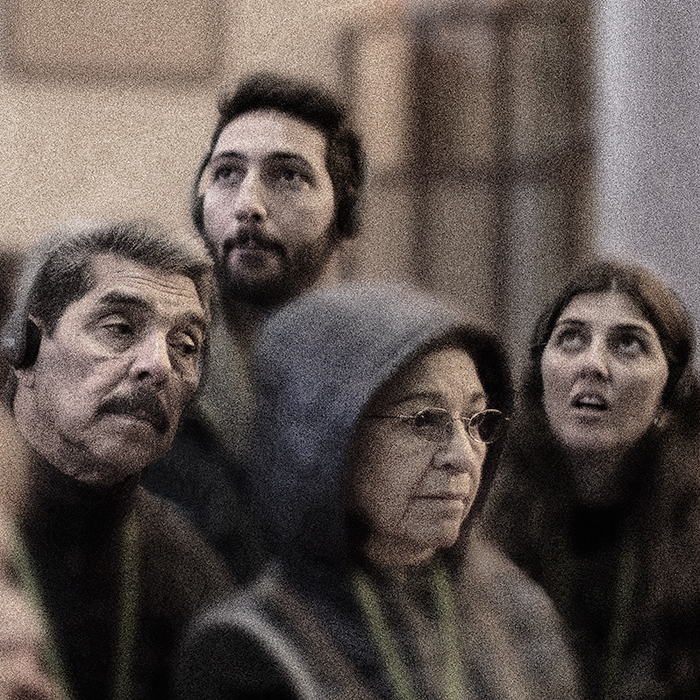 This shot was captured at the Sagrada Familia in Barcelona in November 2015. I was attracted by the different expressions on people’s faces as they looked at the building (See the original image below).

Post capture manipulation consisted of cropping to a square format to isolate the group of four people I found the most interesting. A Gaussian Blur filter, together with a layer mask to bring back the details of the faces and isolate them from the background, was then used. This was followed by the Nik Film Grain filter to add texture to the image and Hue and Saturation reduce the saturation of the colours. A series of Viveza and Clone layers to adjust the lighting and remove minor distractions was used before sharpening it with the High Pass filter. 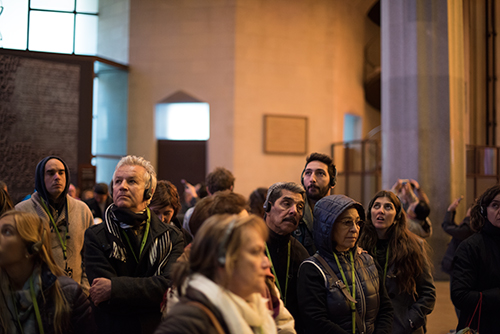 « Fellowship of The Royal Photographic SocietyEnthralled »