A Pause for Review 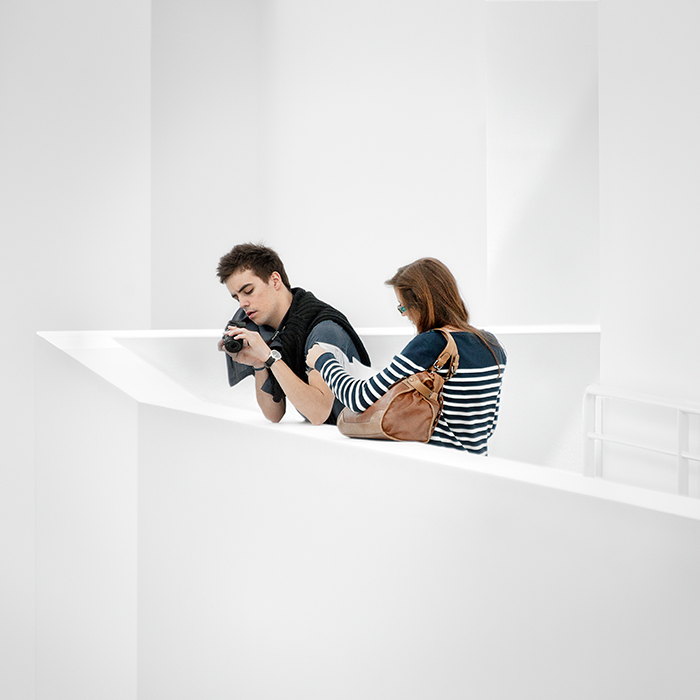 This was taken in the Museum of Contemporary Art in Barcelona (MACBA). The gallery has clean whites lines and its design creates some lovely interplay of shades of ‘white’. Unlike in a lot of galleries, photography is allowed as long as you don’t use flash. I wanted to create an image which showed people in the gallery in the context of the whites of the building. This couple caught my eye.

The original image has a slight colour cast and, despite the use of a 300 mm lens, they were relatively small in the frame (see original below).

Post capture treatment was as follows: Transform was first used to straighten up the lines of the building and the image was then cropped to a square format. Then, Viveza was used to change the lighting and remove the colour cast by selective desaturation of parts of the image.

The rest of the processing used a combination of Viveza and curves together with Glamour Glow (on the walls). In addition some of the white ‘blocks ’ were selected and put on a new layer before  using brightness/ contrast to change the shade of white / grey until the overall feel was as I wanted it. Cloning was used to remove small distractions and, finally, parts of the image were selectively sharpened using high pass filter.

This image has had a total of 5 international acceptances in Croatia, Hungary, Serbia and Spain. 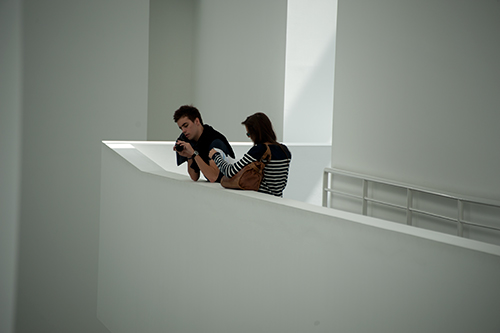