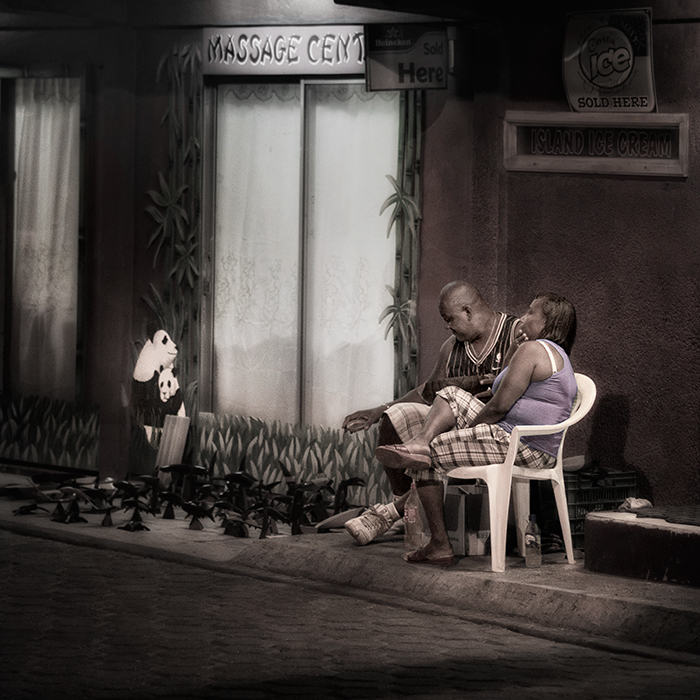 This was taken in San Pedro in Belize. We were walking down the road after sunset when I spotted this couple still out selling their goods. I felt it would make a good shot, so I took several shots of them to try to make sure that one of them showed them in an interesting pose.

Post capture manipulation consisted of lens correction followed by cropping to a square format. The Photoshop Vibrance filter was then used to desaturate the image followed by Nik Darken / Lighten Centre to change the lighting to emphasise the couple. A series of filters was then used including Viveza, Glamour Glow, Hue / Saturation and Bleach Bypass to give the image the edginess I wanted. Clone and paint layers were also used to remove or reduce the impact of minor distractions. When I was happy with the way it looked, I sharpened it using the High Pass Filter. 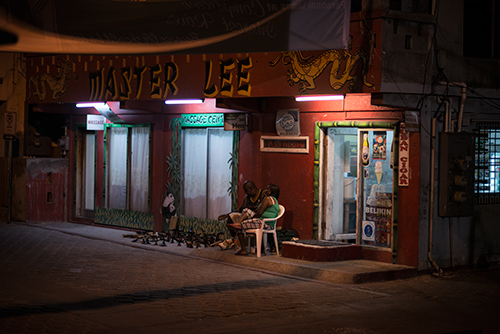